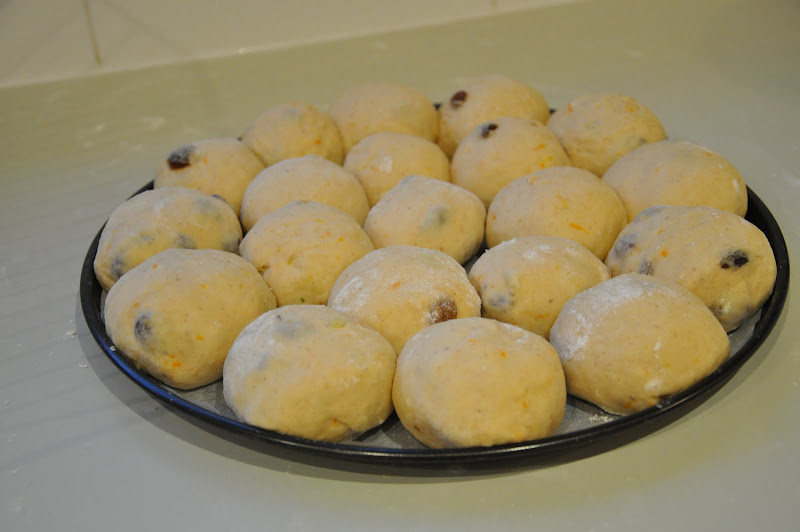 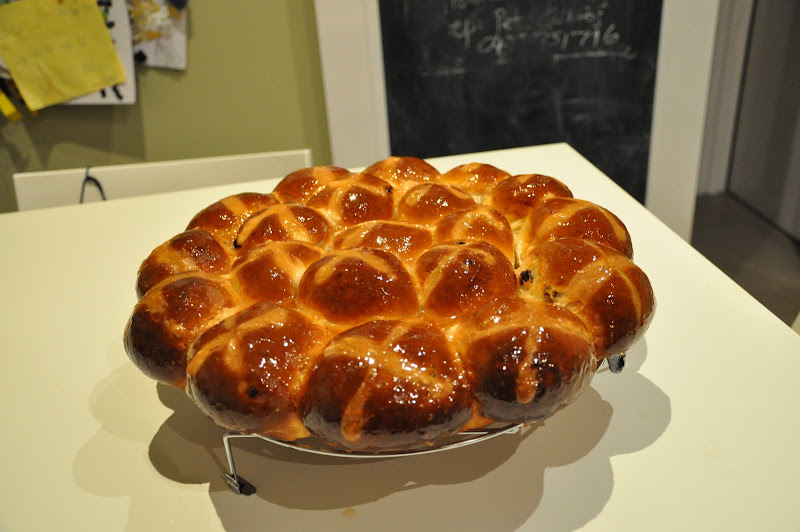 For years I've stuck to my tried and true hot cross buns recipe, but this year decided I'd give something new a try. Apple and cinnamon buns from the current Gourmet Traveller. They are good. The recipe though, is stingy on fruit and spices, to my taste at least. I think if you cut into a hot cross bun and only find two sultanas, it's not enough. The addition of apple was particularly yummy in the glaze, which tasted like the apple jelly my mum made years ago. Next time I would put in more apple, cooked a little less so it didn't just disappear into the mix. Also, the recipe ran wet, so add your liquids gradually.

Excuse the photos, but I started late in the day so it was about 8pm when I took them from the oven. I do love them all baked together like that, so festive.
Posted by Victoria at 8:05 AM

life and the memoirs said...

I'm feeling very hungry and totally inspired to do some Easter baking after reading your post.
Your hot cross buns look so delicious and the photo makes me wish I could bake them as well as you.